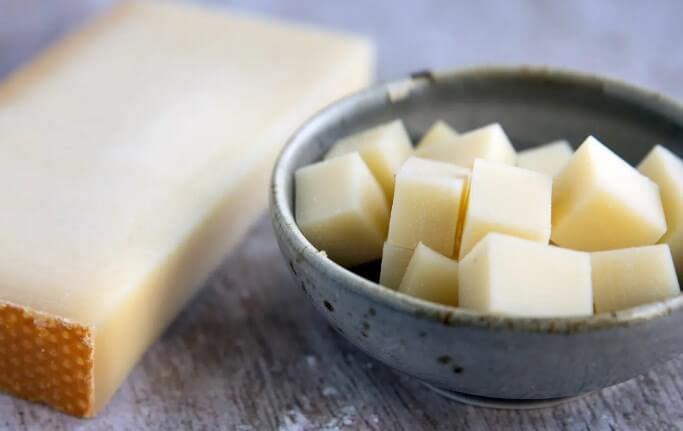 Who doesn’t get their mouth watering at the thought of a cozy Swiss cheese fondue? In any case, we can hardly wait until there is another cheese fondue on the table and we will show you which types of cheese make the different variants taste best.

Whether prepared with white wine or alcohol-free with milk – a cheese fondue is a popular and sociable meal, especially in the cold season. How nice when the pieces of bread are dipped into the liquid cheese mass in the caquelon (that’s the fondue pot) and end up on the plate as a real treat or straight into your mouth! If of course, the fondue side dishes such as bread, gherkins, and other fine things are important, the cheese definitely plays the main role in the cheese fondue. Our tip, no matter which type of cheese or mixture you choose, is to grate the pieces of cheese as finely as possible right before preparation. An exception is of course the soft Vacherin, which is the best cut into smaller pieces. After melting, nothing stands in the way of great cheese enjoyment!

Basically, there is no such thing as ONE Swiss cheese fondue, since almost every region has its own recipe for which different types of cheese are used in different mixing ratios. But it’s always Swiss cheeses that end up in the fondue pot: Gruyère, Emmental, Appenzeller and Vacherin Fribourgeois. French variants can also be prepared with Comté or Beaufort. Please always ensure good quality when you buy the cheese for your Swiss cheese fondue – we recommend buying mature cheese in one piece that has not been sealed in plastic for weeks. By the way, it should be about 200 g per person.

The basis here is a mixture of the four cheeses Gruyère, Emmental, Appenzeller and Vacherin Fribourgeois. Usually, a little less Emmentaler and a little more Gruyere are used, but this can be adjusted according to personal taste. If you like it nice and spicy and still want to rely on the classic, you can use a well-ripened Appenzeller that can be 6 months old. It gets a bit milder with a younger Appenzeller or a mixture of both.

For the version of the cheese fondue, which originally came from the Friborg region, two types of cheese are used – half each, hence the name “half-half”. If you want to prepare a Swiss cheese fondue moitié-moitié, you need both Gruyère and Vacherin.

As the name suggests, this type of Swiss cheese fondue also comes from the Friborg region. Only Vacherin is used for this. This cheese can come from both Switzerland and France but always has a mild and slightly sweet taste. If you don’t like very spicy cheese, the cheese fondue Fribourgeoise is the right choice for you.

Although only one type of cheese finds its way into the caquelon for the Appenzeller cheese fondue, spicy Appenzeller is used here. This is definitely a variant for everyone who likes it hearty and nice and spicy. Of course, there is also the option of using only Gruyère – then you are technically on the go in the canton of Vaud in western Switzerland.

In addition to the classic Vacherin and Gruyère varieties (50% and 25% respectively), Raclette cheese (25%) is also used for cheese fondue in the Swiss canton of Valais. This is also a delicious variant that you should definitely try if you can’t get enough cheese with raclette

With Fondue savoyarde, Beaufort and Comté come into play in addition to the classic varieties Emmental or, more rarely, Gruyère. And of course, the French also swear by a very pure variant and like to use only Comté for the cheese fondue.

Variety for the cheese fondue

Would you like to give your Swiss cheese fondue an individual taste nuance? Then reach for types of cheese that are not traditionally used for a cheese fondue. However, you should not melt these pure, but always combine them with Appenzeller, Gruyère, or Emmental. How about a spicy mountain cheese or Tête de Moine, which is otherwise turned into beautiful florets? A hearty Tilsiter also goes well with cheese fondue, which is how the Swiss like to do it too. In central Switzerland, people like to use a little Sbrinz from time to time, combined with Gruyère and Emmentaler. It’s best if you just try out which type of Swiss cheese fondue you like best. You can’t eat this often enough!

Have you worked up an appetite and would like to try a cheese fondue yourself? Then take a look at our recipe for Swiss cheese fondue! 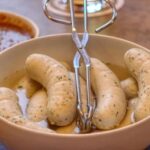 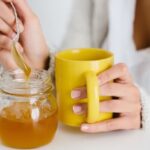