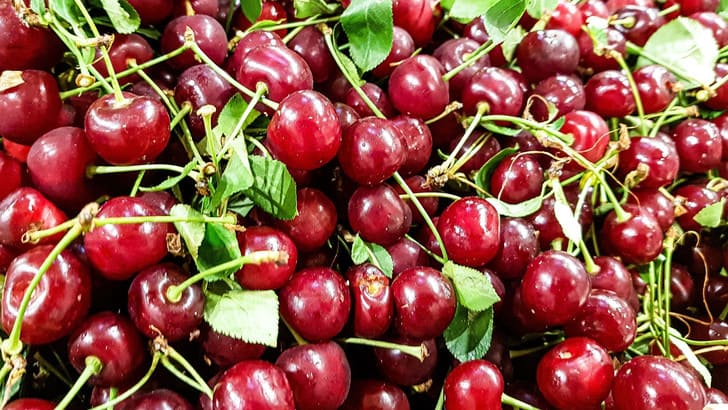 Contents show
1. Stomach pain from fruit: That’s the reason
2. In grandma’s time there were probably more germs in the drinking water
3. If fructose cannot be absorbed
4. A stomach ache? Better check with an expert
5. Hidden fructose in food
6. Fruits with less fructose content

Apples, pears, and cherries are healthy, but they also contain a lot of fructose. It is precisely this that can spoil the enjoyment of some people. What helps if fruit causes stomach ache or diarrhea?

At the start of the cherry season, many grandmothers’ warning voice echoes through their heads: “Don’t drink water with the stone fruit, otherwise you’ll get a stomach ache!” In addition to cherries, other fruits can also cause stomach aches. Why is that exactly? And is there anything we can do about it?

First to the cherries: According to the Federal Center for Nutrition (BZfE), there are several explanations for the stomach ache after the snack. Yeast fungi, which often sit on the skin of cherries, can be to blame.

If you eat large amounts of cherries, it can happen that the yeast fungi ferment the sugar into alcohol. Carbon dioxide is then produced as a breakdown product, which causes flatulence. According to the BZfE, the water can increase the effect because it dilutes the stomach acid – and it can no longer kill the yeast fungi so successfully.

The second explanation is that the cherries get into the intestines faster through the water. The result: fermentation processes in the colon cause abdominal pain.

But: “It is much more likely that the warning is due to the poor drinking water quality in earlier times,” says Harald Seitz from the BZfE. Germs in the water can – even without cherries – cause flatulence and diarrhea.

A problem that should no longer occur in view of the good drinking water quality nowadays. The advice of the BZfE is therefore: wash the cherries well and don’t snack on too many at once.

Aside from contaminated water, why does fruit give some people stomach pains and other digestive problems – even in small amounts?

According to Astrid Donalies from the German Society for Nutrition (DGE), this is due to the so-called fructose malabsorption. This means that some people just can’t tolerate fructose. This intolerance is particularly common in children, and it also causes annoying symptoms in some adults after eating fruit.

If fructose cannot be absorbed

“In fructose malabsorption, the fructose is not or not fully absorbed in the small intestine,” says Donalies. The fructose can therefore reach the large intestine in large quantities, where it is broken down by intestinal bacteria. This creates short-chain fatty acids and gases – and with them a feeling of fullness up to stomachache and diarrhea.

Astrid Donalies advises anyone who gets a stomach ache just looking at an apple to keep a log of all meals with a certified nutritionist. First of all, it must be clarified which foods are causing the symptoms.

If fructose malabsorption is suspected, the so-called ‘hydrogen breath test’ can also bring certainty. The doctor examines the air you breathe for hydrogen, which is produced as a breakdown product of fructose.

A stomach ache? Better check with an expert

However, the nutrition expert advises against self-diagnosis and treatment on your own. Reason: If you do without fruit completely, you can get a vitamin C deficiency. If an intolerance has been diagnosed, it is best to remove the respective fruit from the menu, depending on the severity – and also finished products. Because they are often sweetened with fructose-glucose syrup.

According to the DGE, you should look closely at dried fruit, honey, soft drinks such as lemonade, ice cream, and muesli bars. A complete list can be found on the DGE website.

But Astrid Donalies has good news for those suffering from stomach ache: Because an intolerance can often be controlled or even eliminated with the help of a diet. However, this only applies if you do not have a hereditary fructose intolerance. Those affected absorb sugar, but cannot break it down due to an enzyme defect.

In order to get an intolerance under control, you should initially avoid fructose altogether. According to the DGE, those affected should be aware of the following designations:

By the way: The promising formulation ‘sugar-free’ only means that the product contains no household sugar – i.e. sucrose – warns the DGE. It can still contain fructose.

Donalies also advises avoiding sucrose to begin with. Only those who initially avoid both fructose and table sugar and sweeteners can get the intolerance under control in this way. According to the DGE recommendation, after a few weeks those affected can return to their normal diet. Assuming the complaints have subsided.

According to Donalies, if you tend to have an intolerance, it is best to use more digestible fruits that contain comparatively little fructose. These include about

And the nutrition expert has another tip: If you eat fruit together with fats and protein, the meal can be more digestible because the fructose is absorbed with a delay.

Means: A fruit quark causes less stomach ache than an apple on an empty stomach. Basically, the nutritional recommendation of the DGE is: Eat three servings of vegetables and two servings of fruit per day. 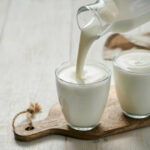 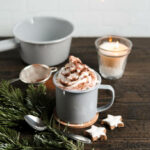